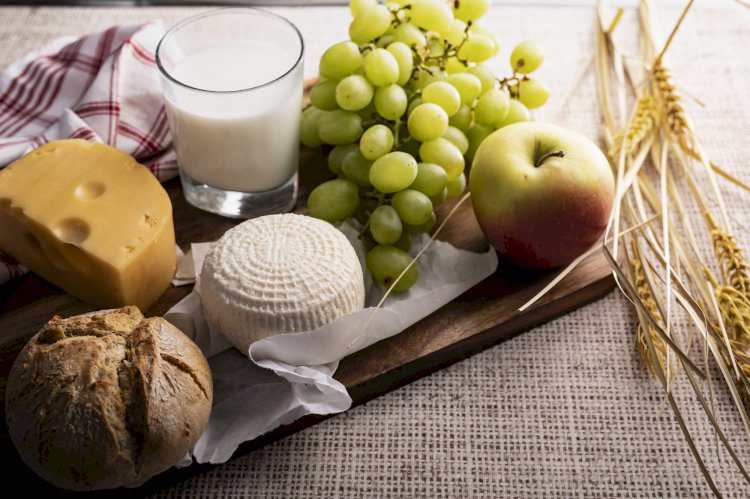 We congratulate you on  Shavuot holiday – the holiday of the grace of knowledge! We wish you happiness, fruitful endeavors, and faith in a bright future! In Hebrew, the word “Shavuot” means “weeks” – seven weeks, the countdown of which begins on the second day of Passover. According to legend, on this day Moses on Mount Sinai received 10 commandments, which contain the foundations of all human morality. This day became a symbol of the gift of divine law, spiritual liberation after the people of Israel got out of Egyptian slavery. Grace, which came down with the commandments, purifies a person like water, changes him for the better, introduces him to a changing world. Shavuot also means the beginning of a new season, the end of another agricultural cycle since Shavuot is celebrated at the beginning of the wheat harvest season. At this time, the grain and the first fruits ripen. Children go to school or kindergarten with wreaths on their heads and with baskets of fresh fruit. Synagogues and houses are decorated with green branches and garlands of flowers. Nowadays, during Shavuot, a Torah scroll is taken out and the story of how it was bestowed, the text of 10 commandments, and a fragment telling about the laws of Shavuot celebration are being read. There is a tradition on the holiday eve to read Torah all night. The festive meal in Shavuot includes dairy and flour products: cheese, cottage cheese, sour cream, pancakes, pies, cakes. This custom exists since the day the Torah was bestowed. Having returned to the camp from Mount Sinai, the Jews ate dairy food. Since then, at Shavuot Jews eat dairy products first, and only after that meat dishes are served.