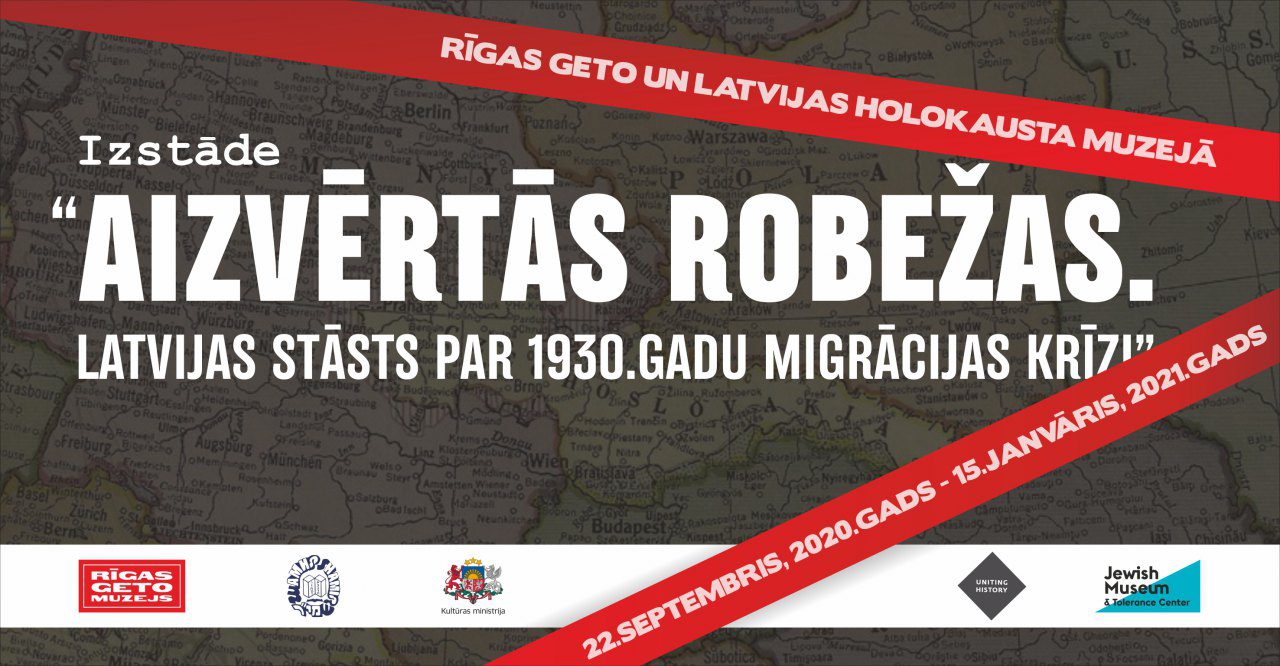 The Jewish Museum and Tolerance Centre, the Shamir Society, and the Museum of Riga Ghetto and Holocaust in Latvia present the exhibition Closed borders. Latvian Essay. The exhibition focuses on the migration crisis in Europe on the eve of World War II. By 1938, hundreds of thousands of Jews wanted to leave Hitler’s Germany and annexed Austria; however, the world’s largest powers refused to accept refugees.

In the summer of 1938, at the initiative of Franklin Roosevelt, delegates from 32 countries met in France, in the resort town of Évian-les-Bains, to discuss possible solutions to the migration crisis that had by then erupted in Europe. At the end of the 30s, the Jewish populations in Germany and Austria were trying to leave the Third Reich. However, the borders of countries that were free from Nazism were closed to refugees. During the nine-day conference, every single delegate expressed sympathy for the Jews. But most countries, including the US and UK, said they could no longer accept them.
Five years later, at the height of the war, in order to calm down public opinion, the USA initiated a new international conference, in Hamilton, Bermuda, away from the indignant population and reporters. But even this time no life-saving decisions were made: immigration quotas were not increased. These two conferences are a clear illustration of Hannah Arendt’s thesis about the ‘banality of evil’: it is a crime to blindly follow mindless laws; crimes are committed by ordinary people who cannot distinguish between what is right and what is convenient.
The exhibition will present multi-page minutes from the Evian and Bermuda conferences in contrast to living memories, film and photo documents illustrating the situation of refugees before and during the war. The sad story of the passengers on the MS St. Louis will be told: having come from Hamburg to Cuba, they were unable to get ashore and had to return to Nazi-occupied Europe. Visitors to the exhibition will also learn the personal stories of righteous diplomats who went against the decisions of their governments and helped refugees avoid Nazi persecution.
The Latvian supplement to the exhibition includes a story about Jewish refugees who came to Latvia from Germany and Austria in the second half of the 1930s. The very first refugees were labeled as “political”, permission to enter required a guarantee, and the guarantors included members of the Saeima (Latvian Parliament) and public organisations. When they entered, the refugees made a commitment not to engage in political propaganda, and a period of three months made it possible to apply for visas to other countries; it is known that most of those who left went to Palestine. Others found refuge in pre-war Latvia, staying here for a long time. The documents presented change the idea of Kārlis Ulmanis’s policy as a rigidly anti-Jewish one. The exhibition will provide an opportunity to learn about some of the fates of German Jewish refugees in Latvia and see photographs from the private archives of their relatives.
The exhibits of Closed borders. Latvian Essay also include documents, photographs and video footage provided by the Russian State Archive of Social and Political History, the Foreign Policy Archive of Russian Federation, the Wiener Library in London, the Franklin Roosevelt Library and Museum in the United States National Park, the Yad Vashem Museum in Israel and the Holocaust Memorial Museum in Washington.
The exhibition in Riga received financial support from the Uniting History Foundation, LNK Charity Fund and the Ministry of Culture of Latvia. 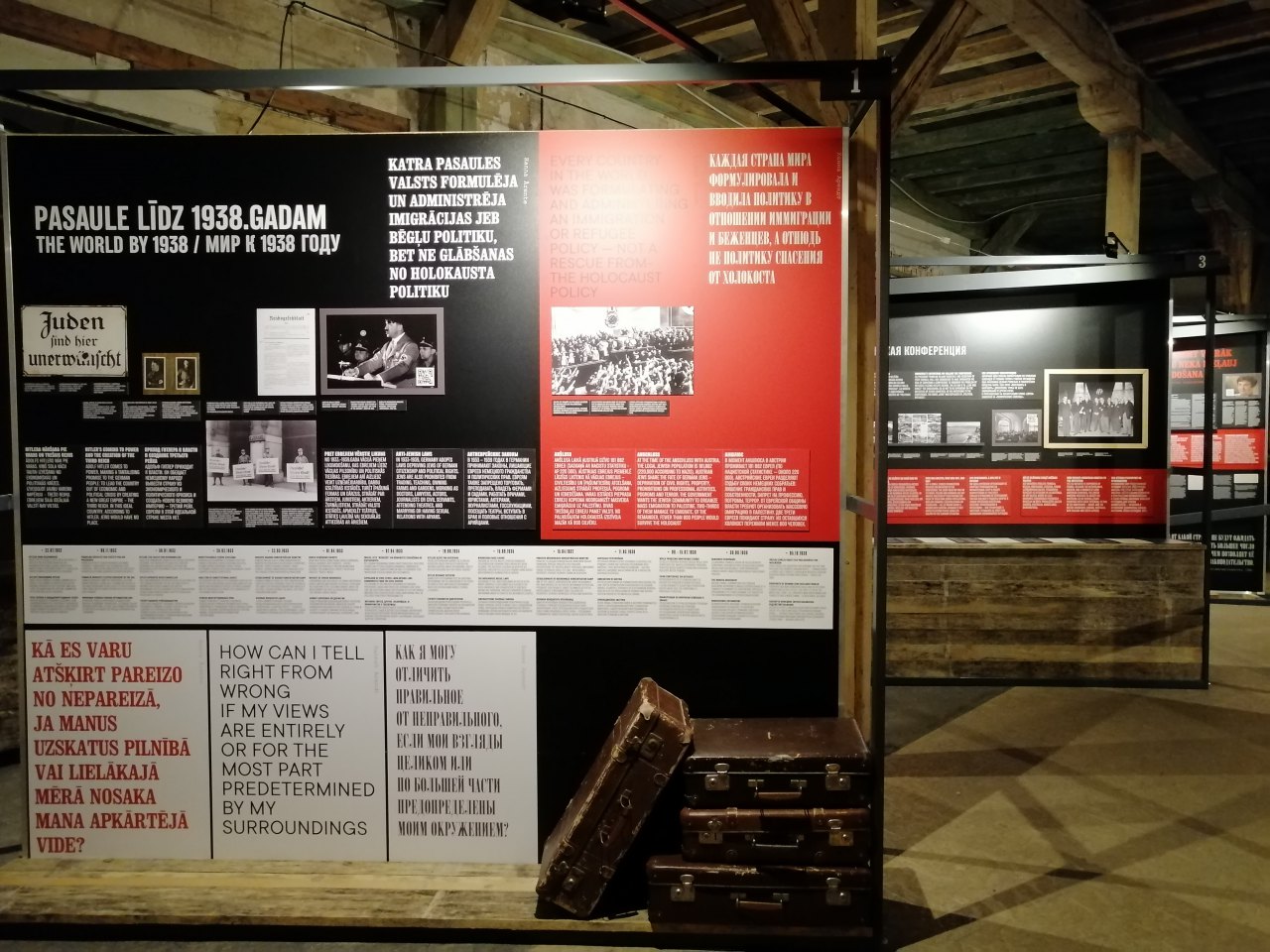 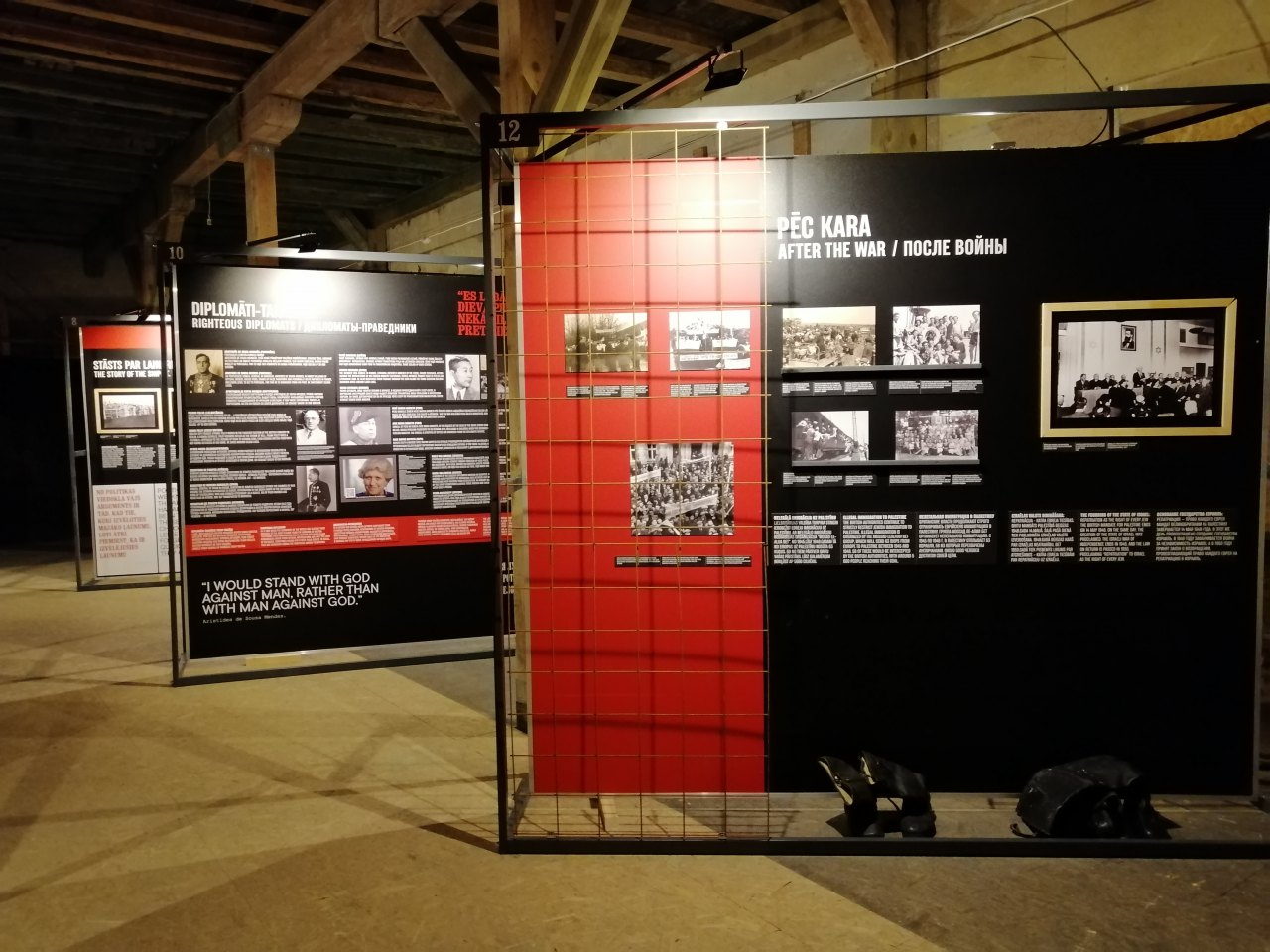 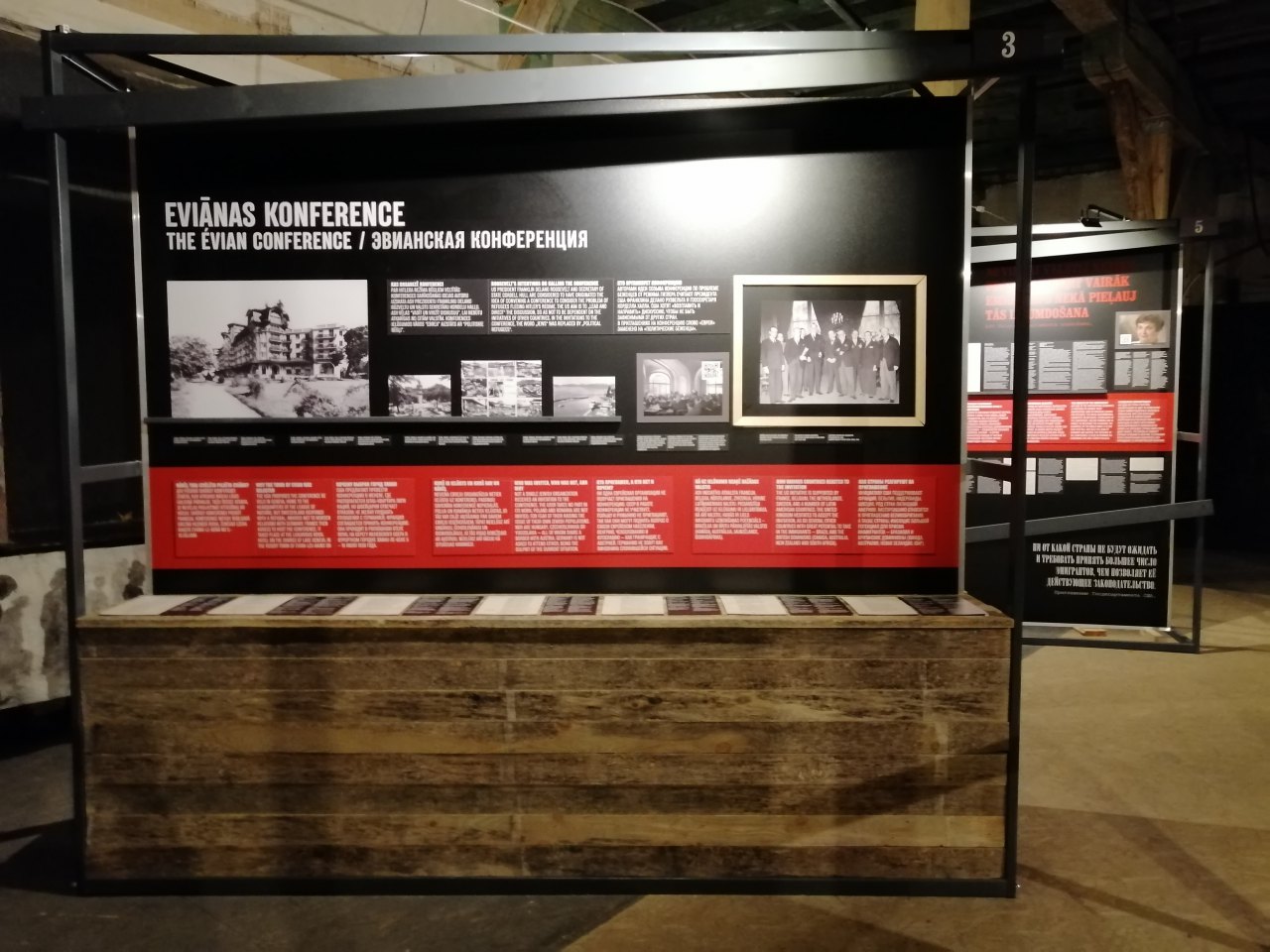 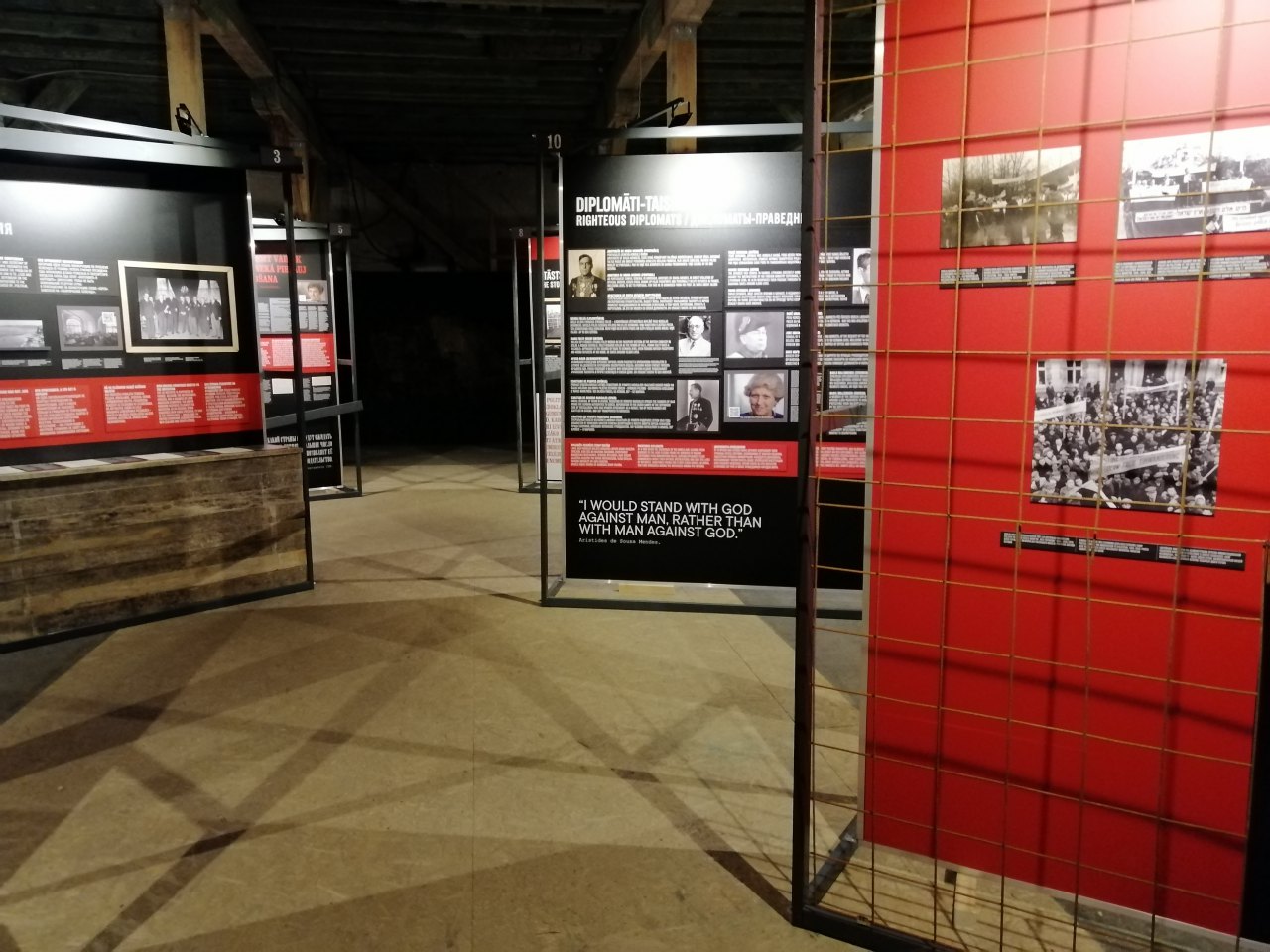