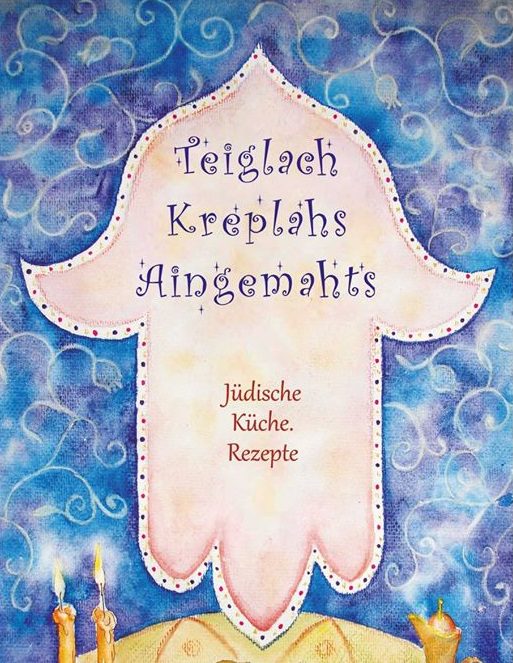 Shamir Publishing House has published a new book, Recipes of Jewish Cuisine, in German. The core of the book is formed of ancient recipes learnt by Jewish women from their mothers and grandmothers. For almost half a century no book on Jewish cuisine was published in the USSR. The reason is simple: for the Jews, the cuisine is not only a part of the national tradition. It is also intimately related to the Jewish religion because it requires strict observance of the laws of kashrut.
Actually, the book was first conceived as a guide to the laws of kashrut, with an appendix with recipes of the Yiddishe Mame Club. This women’s club affiliated with the Shamir Jewish religious community in Riga was established in 1989 by the late chief rabbi of Riga and Latvia Nathan Barkan to recreate the everyday traditions of the Jewish people. The club gathered on Tuesdays. Women would prepare different dishes and, in this way, study Jewish cuisine together. The best recipes were written down.
This is how comes that the recipes in this book are not anonymous. They were provided for the book by Bella Bogdanova, Nina Smirina, Vera Klyashtornaya, Ida Dubovskaya, Ludmila Zaligman, Mirjam Meler, Daniela Ustinova, Tamara Gorelik, Sara Oshkina, Mirjam Shlanger, Ida Goldshidt, Nela Zernitskaya, Zina Noah, Bluma Florents, Zhenya Adirim and other members of the club.
Although this book was compiled in Latvia, it is not limited to Eastern European recipes. It contains modern Israeli dishes, as well as recipes of Mountain Jews and Yemeni Jews. The collection covers the whole complex of Jewish cuisine: festive and everyday dishes, cold and hot snacks, soups and second courses, bakery, sweet dishes and drinks. And the final section of the book is devoted to kashrut rules.
The book will be invaluable for Jewish families who want their table to be diverse, tasty, beautiful and at the same time truly Jewish. However, it is of interest not only to cooks but also to anyone curious to discover Jewish tradition and culture.

Publications in Russian and Latvian are also available. Books can be purchased at our information center after the end of quarantine. You can also contact us; order a book and we will send it to you by post.