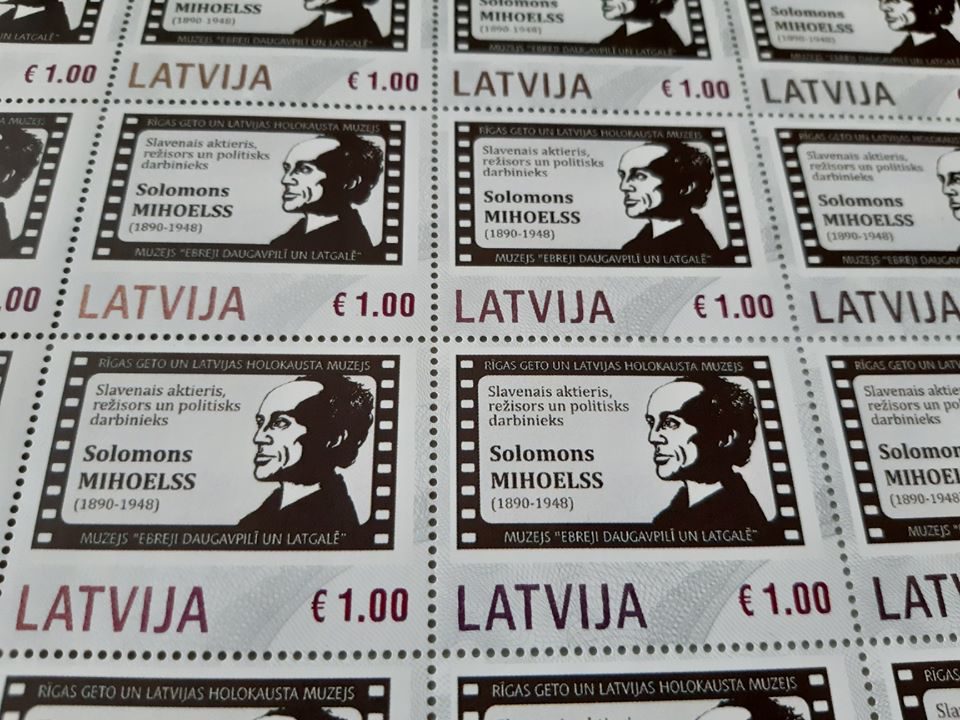 Shamir Association and the Riga ghetto and Latvian Holocaust museum in cooperation with the museum “Jews in Daugavpils and Latgale” prepared and issued a postage stamp, dedicated to 130-th birth anniversary of honored public figure, actor, stage director and teacher Solomon Mikhoels ( 1890-1948). This stamp is the first in a series “Famous Jews of Latvia”.

Solomon Mikhoels was born on 16th of March, 1890 in the city of Dinaburg, Vitebsk province, the Russian Empire (now – Daugavpils), in a Jewish family. He wrote his first play at the age of 9. In 1918 Mikhoels was accepted into Alexis Granowsky’s theatrical studio. Two years later, the studio moved to Moscow, where the Moscow State Jewish Theater was established by Granowsky. In 1928 theatre management passed into the hands of Mikhoels and thanks to him the theater became one of the most famous in Moscow at that time. Throughout his life, Mikhoels staged 14 performances, played more than 30 roles. His leading role in a “King Lear” play is regarded as the most outstanding. It is known that English actors during their visit to the Moscow State Jewish Theater went to the production of “King Lear”, and all of them acknowledged the magnificent play of Mikhoels. Mikhoels has become the first chairman of the Jewish Anti-Fascist Committee. In 1943 on behalf of this organization he traveled to the United States, Canada, Mexico and the United Kingdom with propaganda tasks of organizing financial support for the military operations of the USSR. The life of S. Mikhoels tragically ended on January 13, 1948.

If you are interested in buying this postage stamp please contact the coordinator of the Shamir Association, Jennet Italmazova (information@shamir.lv)