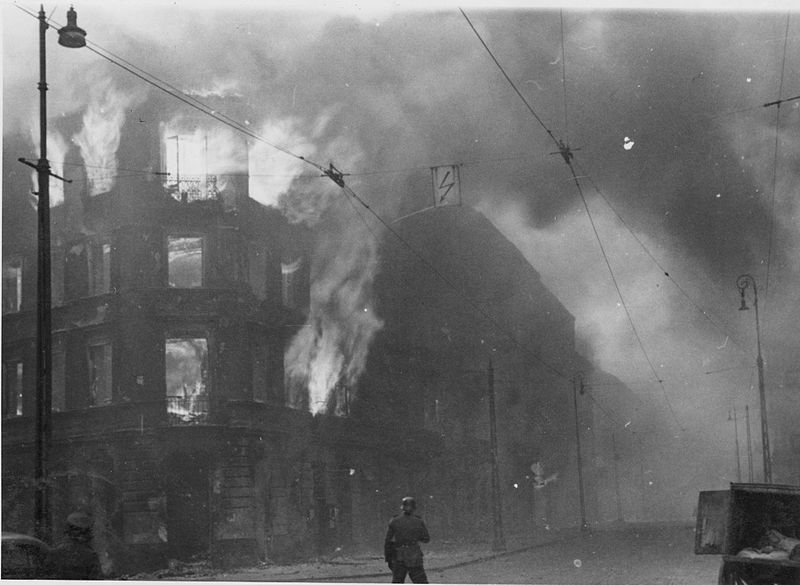 These two days, 20 and 21 April, are dedicated to the Holocaust remembrance in Israel. Why choose these days and not the 27 January, the date designated by the UN?
On 19 April 1943, an uprising began in the Ghetto of Warsaw, the largest Jewish ghetto in the Nazi-occupied area. Before that date, starting from the summer of 1942, over 250,000 Jewish inmates of the Ghetto of Warsaw were transported by train to Treblinka, Majdanek, Bełżec and other death camps, where they were almost immediately taken to the gas chambers. Those who remained in the Ghetto did not want to die without resistance. The Jewish underground formed several organisations such as Żydowska Organizacja Bojowa (Jewish Combat Organization) and ŻZW, Żydowski Związek Wojskowy (Jewish Military Union). Weapons caches were created and fortifications built; when on 19 April 1943 the police and the SS forces came to the ghetto to deport the remaining inmates to the death camps within 3 days, they were given battle. The insurgents fought desperately, preferring to die in battle or to commit suicide rather than be executed, and the Nazis decided to liquidate the ghetto. On 16 May 1943, the Nazi operation was completed. Over 13,000 Jews died fighting, while some 37,000 were captured and sent to the concentration camps. This uprising, while the largest, was not the only one. 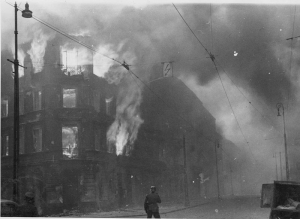 An attempt to create an underground and organize an escape was also made in the Ghetto of Riga; unfortunately, it was not successful. Instead of being passive victims, many Jews fought for their lives and the freedom of their people, joining the underground movement in ghettos and camps, becoming guerillas, fighting in the armies of other countries. This is why Israel remembers the Holocaust on 20-21 April rather than on 27 January, the date of liberation of Auschwitz, which emphasizes the role of the liberators, not of the Jews themselves who are only seen as the victims of the genocide.
***
In Warsaw, a yellow daffodil was chosen as a symbol of the memory of the Warsaw Ghetto Uprising, for its resemblance to the yellow patch worn by Jews under the Nazi occupation. Over the last few years, POLIN, the Museum of the History of Polish, has been holding educational events during which the people on the streets are given yellow daffodils and told about the unprecedented courage of the Warsaw Ghetto Uprising participants.
***
On 20 April 2020 at 8 p.m., Israeli time, the Yad Vashem memorial complex will hold a concert in memory of the victims of the Holocaust (in Hebrew, with English subtitles). This concert will be available by clicking here: