On 17 March at 4:30 p.m., the concert hall Spīķeri will host the event “Films about Holocaust: how do they tell the story?”. Film director Dāvis Sīmanis Jr. will act as the moderator of the event. The participants will be shown fragments of various films, including Son of Saul, Night and Fog, Ida and several more, to reflect the diversity of the cinematic language. The screening will be followed by a discussion.

The event is organised by the Shamir Association and the Riga Ghetto and Holocaust in Latvia Museum.

Since the 1950s, cinematographers have been looking for a way to tell about the historical catastrophe of the Holocaust. The philosopher Theodor Adorno said that “after Auschwitz, poetry is impossible”. According to Dāvid Sīmanis, this means that whenever art touches the subject of the Holocaust, it is necessary to look for a new language recalling the recent past when the killing of millions of people suddenly became possible.

The event is open for students, artists, anthropologists, historians, sociologists; finally, for anyone interested in history, culture and film. Thanks to the support of the European Jewish Association, the entry to the event is free. 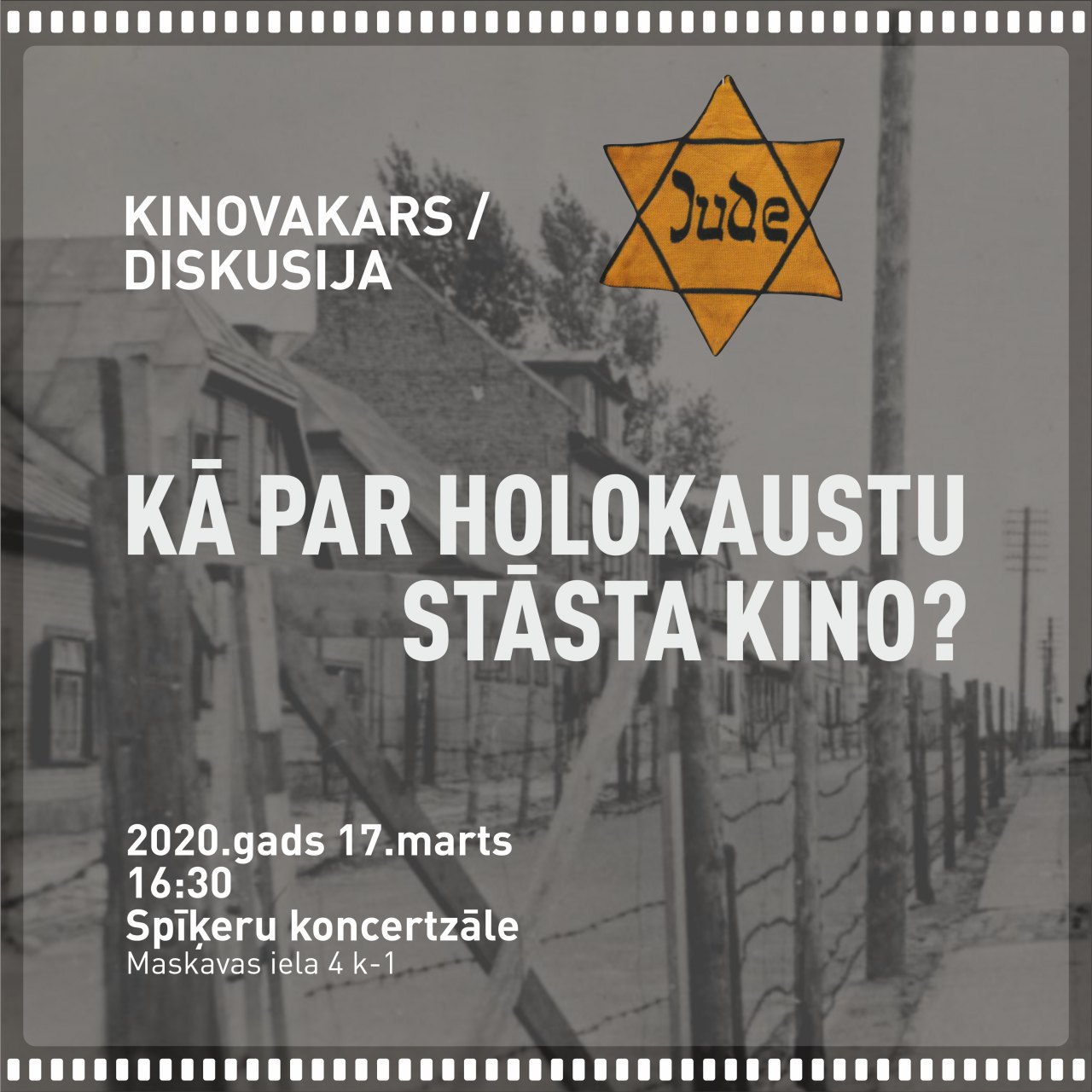