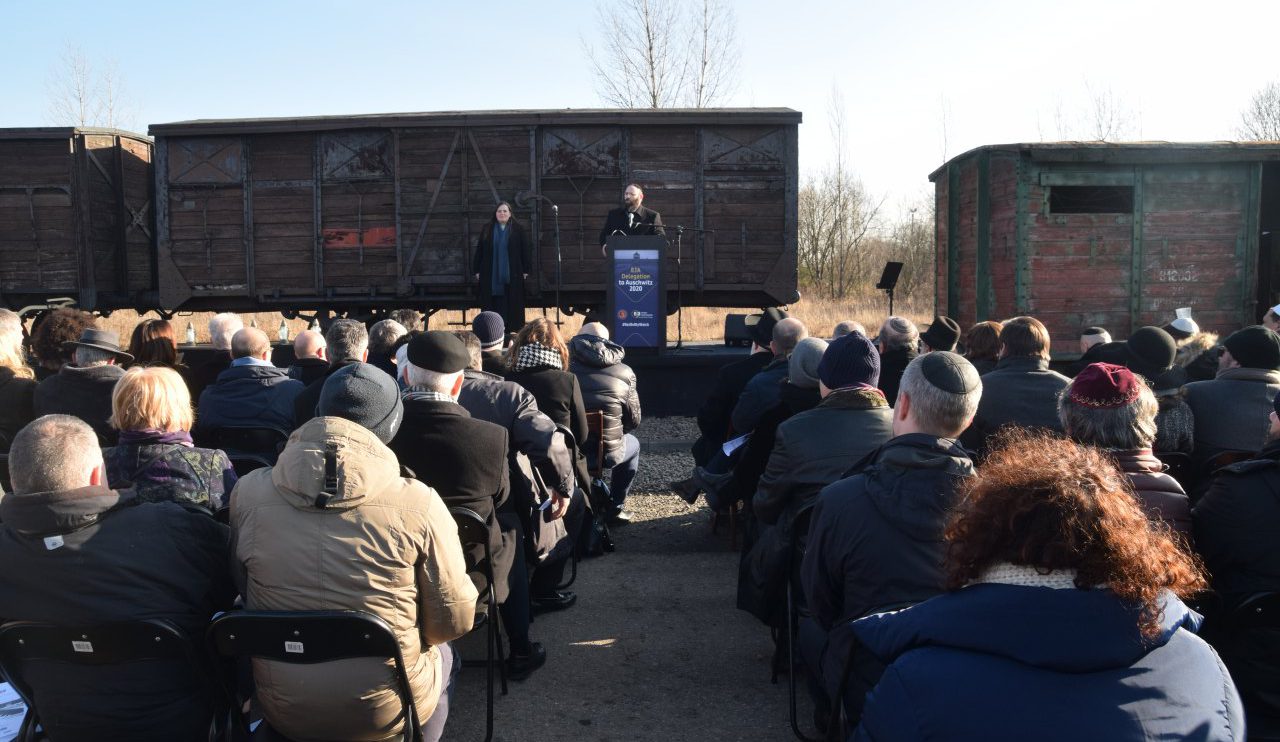 The International Holocaust Remembrance Day in Krakow was preceded by ‘Delegation to Auschwitz 2020’ event, organized by the European Jewish Association, led by Rabbi Menachem Margolin. It was dedicated to the 75th anniversary of the liberation of prisoners of the Nazi Auschwitz-Birkenau death camps.

Latvia was represented by two members of the Saeima (Latvian Parliament), Regīna Ločmele-Luņova and Atis Lejiņš, and by representatives of the Riga Ghetto and Holocaust in Latvia Museum and of the Shamir Society, Executive Director Julija Tereščenko and Advisor Vladimir Reshetov.

A large symposium was held on the first day as part of the event.

Two important topics of the symposium were voiced during the session: “Anti-Semitism Today” and “The Importance of Education in the Fight Against Anti-Semitism”. While the phenomenon itself is very old, both topics continue to stay relevant.

On this anniversary, the organizers considered it particularly important to use this representative forum to declare a clear position of intolerance to the anti-Semitism in the name of a wide range of organizations and institutions of EU member states, as well as senior officials of the European Parliament.

Rabbi Slomó Köves from Hungary, Chairman of Action and Protection League, said in his speech that in the present there was a war of ideas, a war of thoughts. A stand against the anti-Semitism that is raising its head once again in the world was an important mission for the future, including the future of European Jews.

Michael O’Flaherty, Director of the EU Agency for Fundamental Rights, called for the progressive forces of society in each country to fight the problem that has come back to the world from the terrible past, assuming new forms.

One could not help shuddering when hearing the memories of descendants of Holocaust victims and those who managed to survive in the catastrophe of European Jewry.

Keren Knoll, granddaughter of Mireille Knoll, a Holocaust survivor that has been murdered in Paris by modern anti-Semites, pointed out that education was the most powerful weapon against ethnic or racial hatred. A consistent elucidation of moral principles of a civilized person, starting from an early age, can help a person reject anti-Semitism by demonstrating its inhuman nature.

A speech pronounced by Yonatan Langer from Germany was most unexpected. He spoke openly and honestly about his neo-Nazi past, and told the audience how he overcame this state of xenophobia and anti-Semitism, emphasizing the key role of education in helping him understand his grave delusion and the way out of it. Previously known as Lutz Langer, he changed his name in a symbolic gesture that meant a final break with his shameful past.

Judit Varga, Justice Minister of Hungary, reminded the audience about those who saved thousands of Hungarian Jews in the years of the Nazi occupation, naming among others Swedish diplomat Raoul Wallenberg.

On the next day, participants of the ‘Delegation to Auschwitz 2020’ visited the Auschwitz-Birkenau museum complex. Despite the three quarters of a century since the liberation of the death camps, the spirit of mass destruction still hovers in and around former barracks.

Members of the Latvian delegation, as well as representatives of other countries, laid a wreath at the Death Wall.

It was here that Meir Lau, formerly Ashkenazi Chief Rabbi of Israel, told his memories: as a boy of seven and a half, he miraculously escaped the fate of millions of Polish Jews. His laconic yet expressive story made many people wipe their tears in the cold wind.

In her brief speech, Mairead McGuinness, the First Vice-President of the European Parliament, cited alarming facts of the diffusion of anti-Semitism all over the world, from Australia to the US, from Latin America to Europe. She strongly condemned this phenomenon and called for protection not only of Jewish communities in different countries, but also of the State of Israel, ending her speech with the slogan “Am Israel Hay!” (“The people of Israel are alive!”)

Marek Halter, a Holocaust survivor from France, suggested that music was the best weapon against inhumanity. That is why pianist Natalia Romanenko performed the piano works of Czech composer Viktor Ullmann, a prisoner of Auschwitz-Birkenau, written two days before his death in a gas chamber. This music was discovered in the archives. The exciting musical performance was supported by Abdallah Chatila, a Lebanese businessman who lives in Switzerland.

Summarizing the event, the participants unanimously adopted a resolution addressed to the parliamentarians of the nations, calling on them to resolutely oppose anti-Semitism, to enhance the educational process with anti-Semitism struggle, to ban legal trade in Nazi symbols, leaving them only as part of history, present in national archives, museums and officially approved educational programs.

To prevent the repetition of the horrors of the Holocaust is a task for new generations. 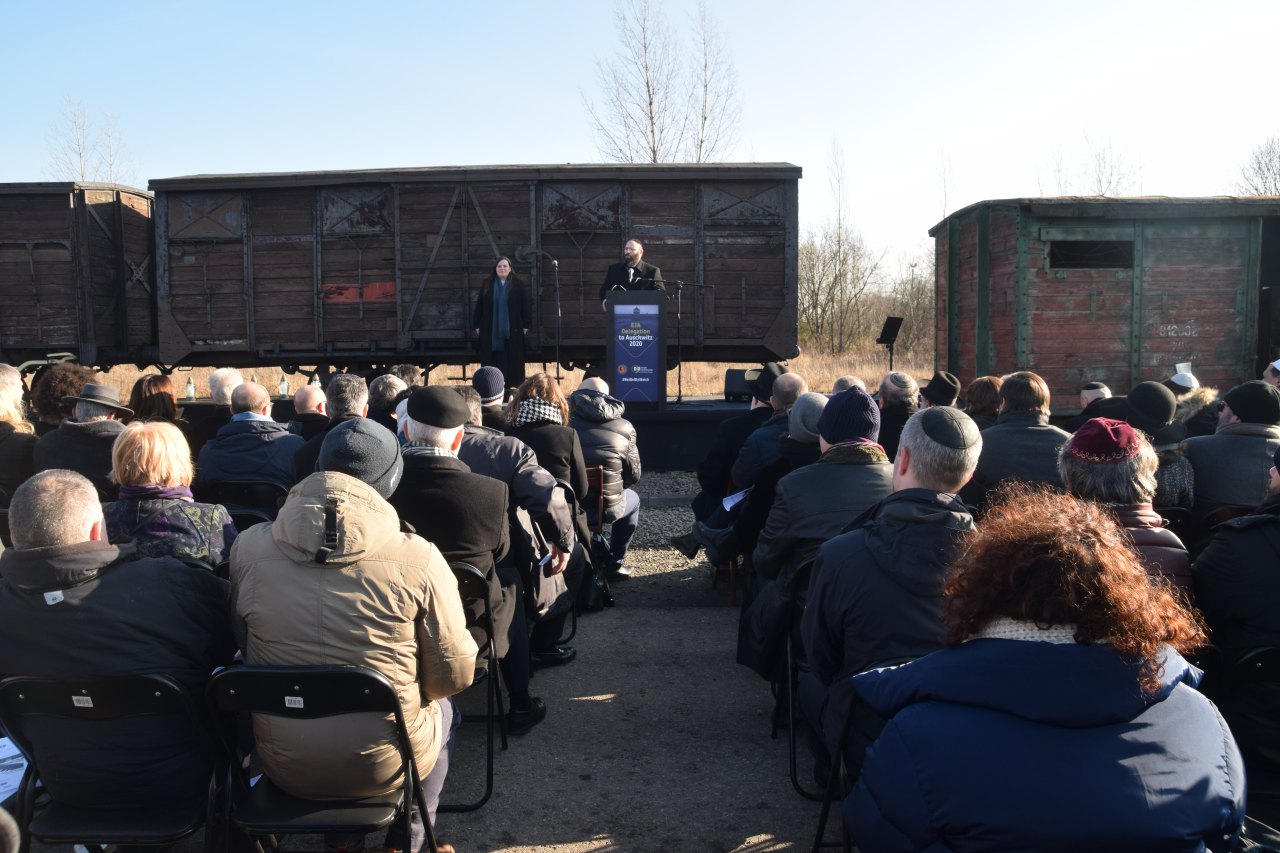 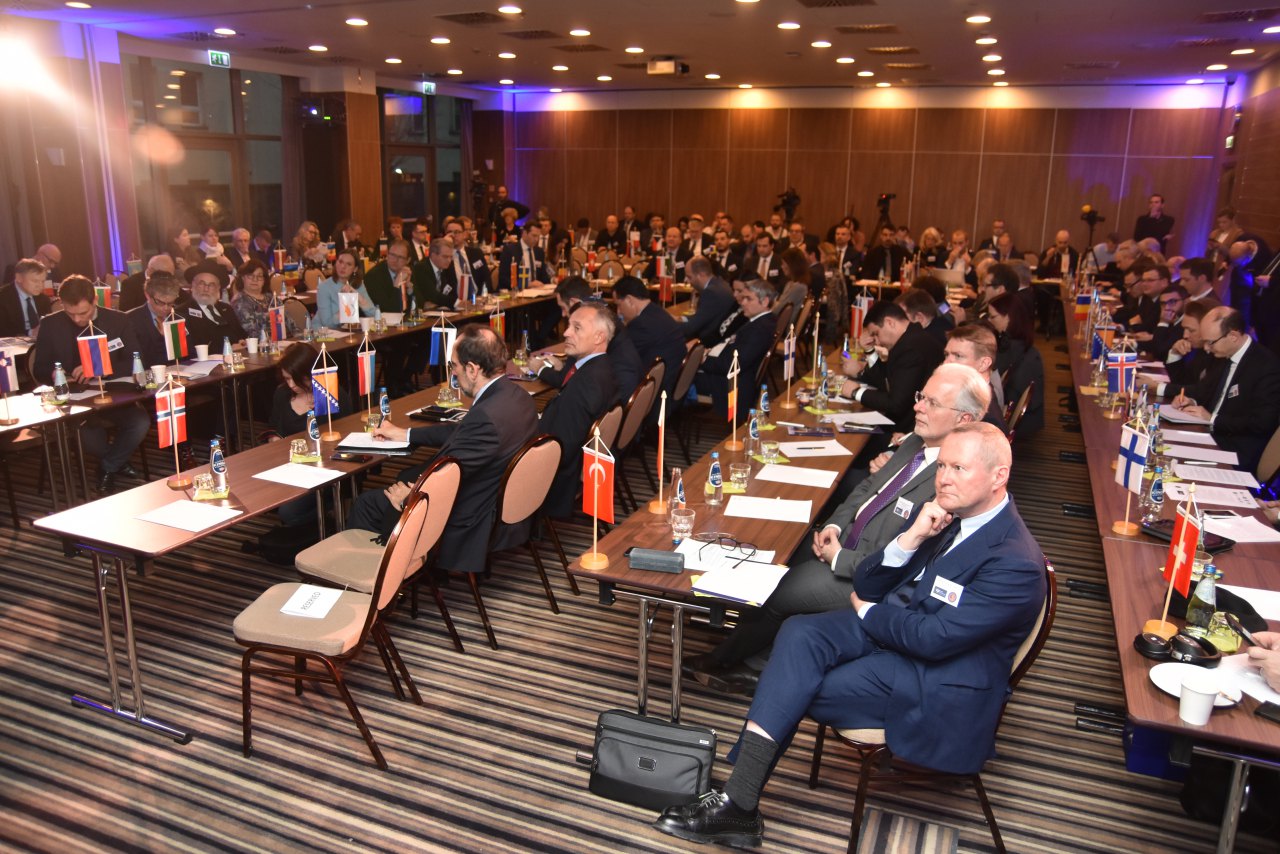 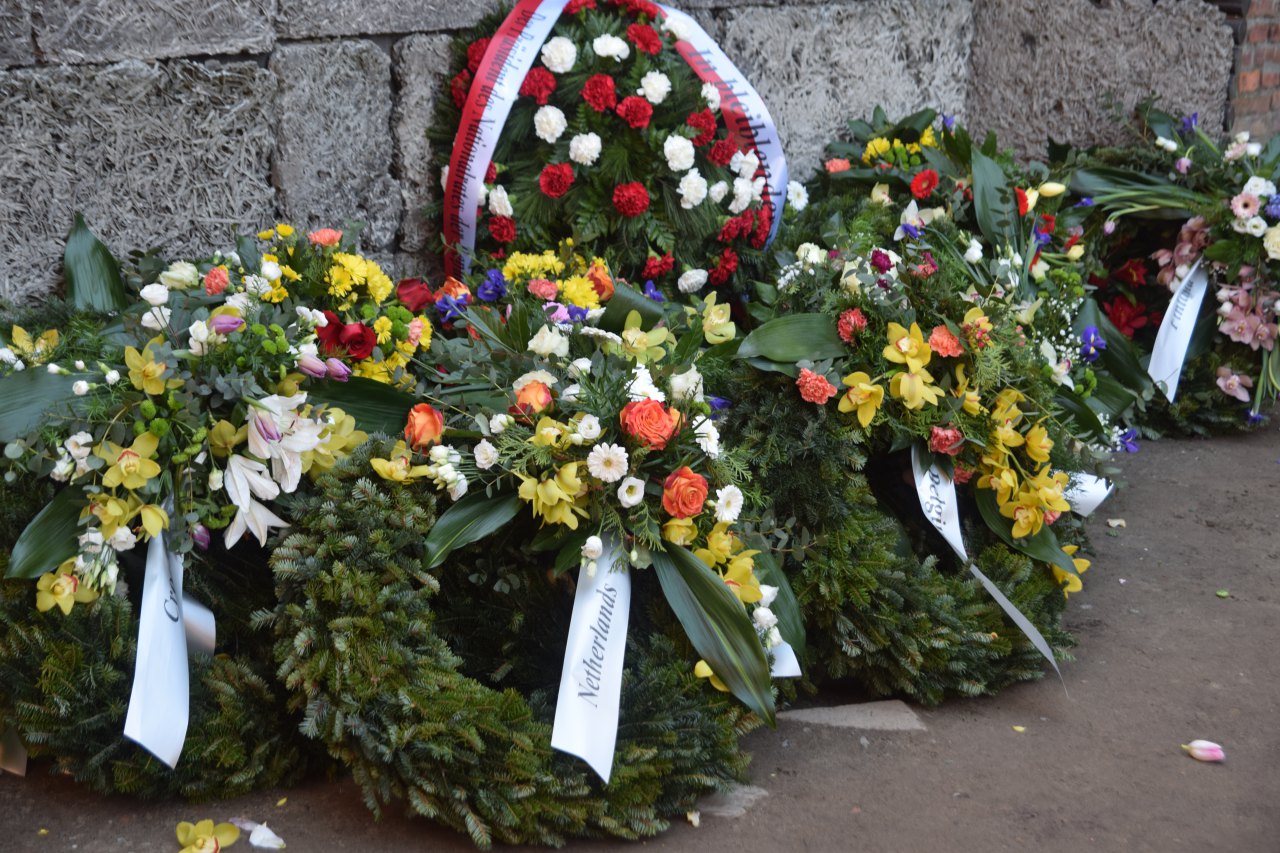