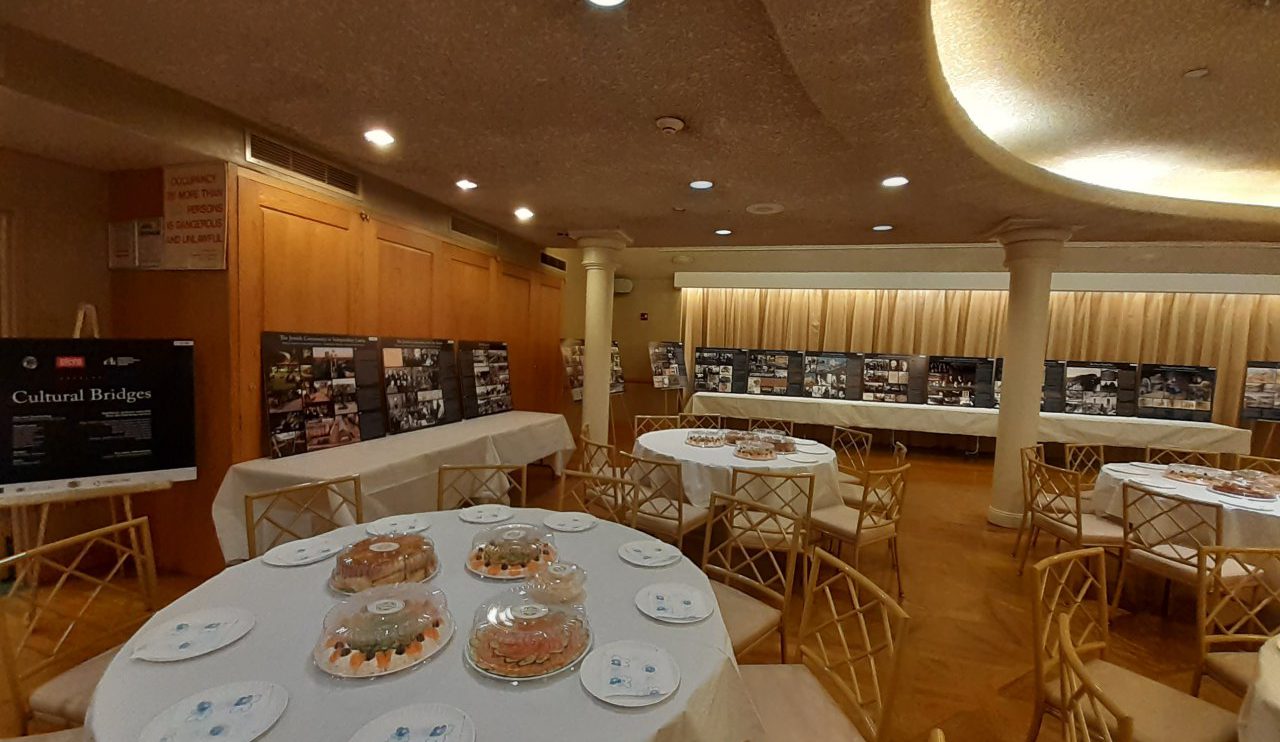 On Sunday, November 17, 2019 an exhibition dedicated to the history of the Jewish community of Latvia was held in the Park East Synagogue in New York. The exhibition is devoted to the 100th anniversary of the independence of the Republic of Latvia. The exhibition in New York is the first within the framework of the project “Cultural Bridges”. In the near future, several more exhibitions are planned in the cities of the USA and Latvia.
The exhibition was dedicated to the annual meeting of members of the Association of Jewish Survivors of Latvia, Inc. It was visited by more than 120 people, both representatives of the first generation of emigration from Latvia, and their children and grandchildren, as well as invited guests of the meeting. During the meeting of the Association members, a project for the reconstruction and development of the Riga Ghetto Museum was presented. The Shamir Association and the Riga Ghetto and Latvian Holocaust museum express gratitude to David Zilberman, Ivar Brod, Aelita Neihausen and Professor George Schwab for their assistance in organizing the exhibition.
Twenty plastic boards of the exhibition tell the whole 450-year history of the Jews of Latvia – from the Duchy of Courland to the modern state. Particularly detailed is the period of the First Republic, from 1918 to 1940: the contribution of Jews to the construction of a new state, Jews in culture, sports, and science.
The Second World War and the Holocaust are strongly emphasized. Before the war, more than 93,000 Jews lived in Latvia; about 70,000 local people and 20,000 people, who were deported from Western Europe died during the Holocaust. However, after the war, the community found the strength to be reborn. The Soviet period with refuseniks and an underground study of Jewish tradition, as well as the recent history of the Jews of Latvia, are also reflected in the exposition.
Through this project, the organizers hope to make the history of Latvian Jews more accessible and known around the world.
The exhibition was supported by State Cultural Capital Fund (VKKF), Riga City Council, Liepaja Jewish Heritage Fund and LNK Charity Fund. The exhibition in New York was organized with the support of the organization Latvian Jewish survivors of the Holocaust. 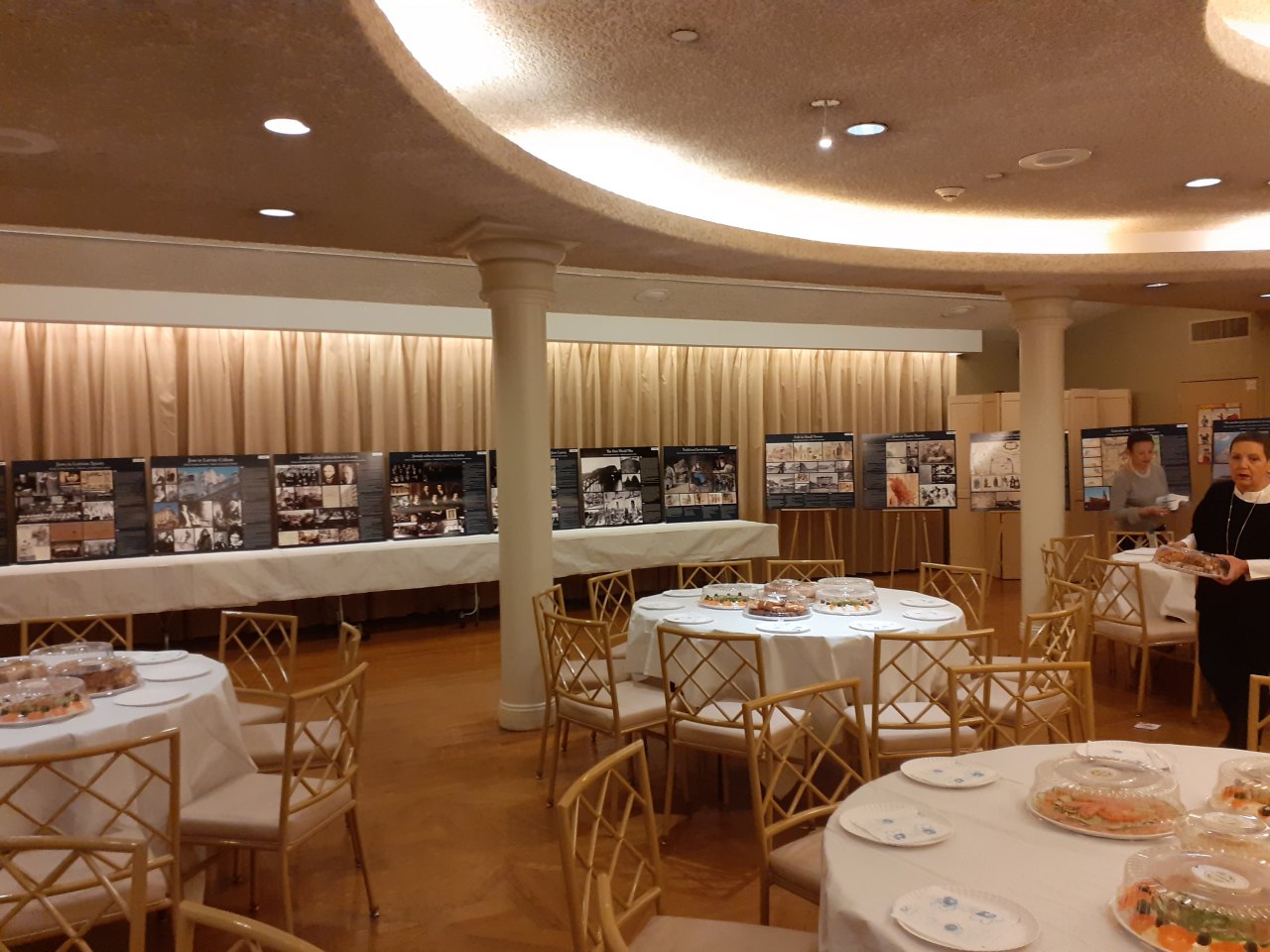 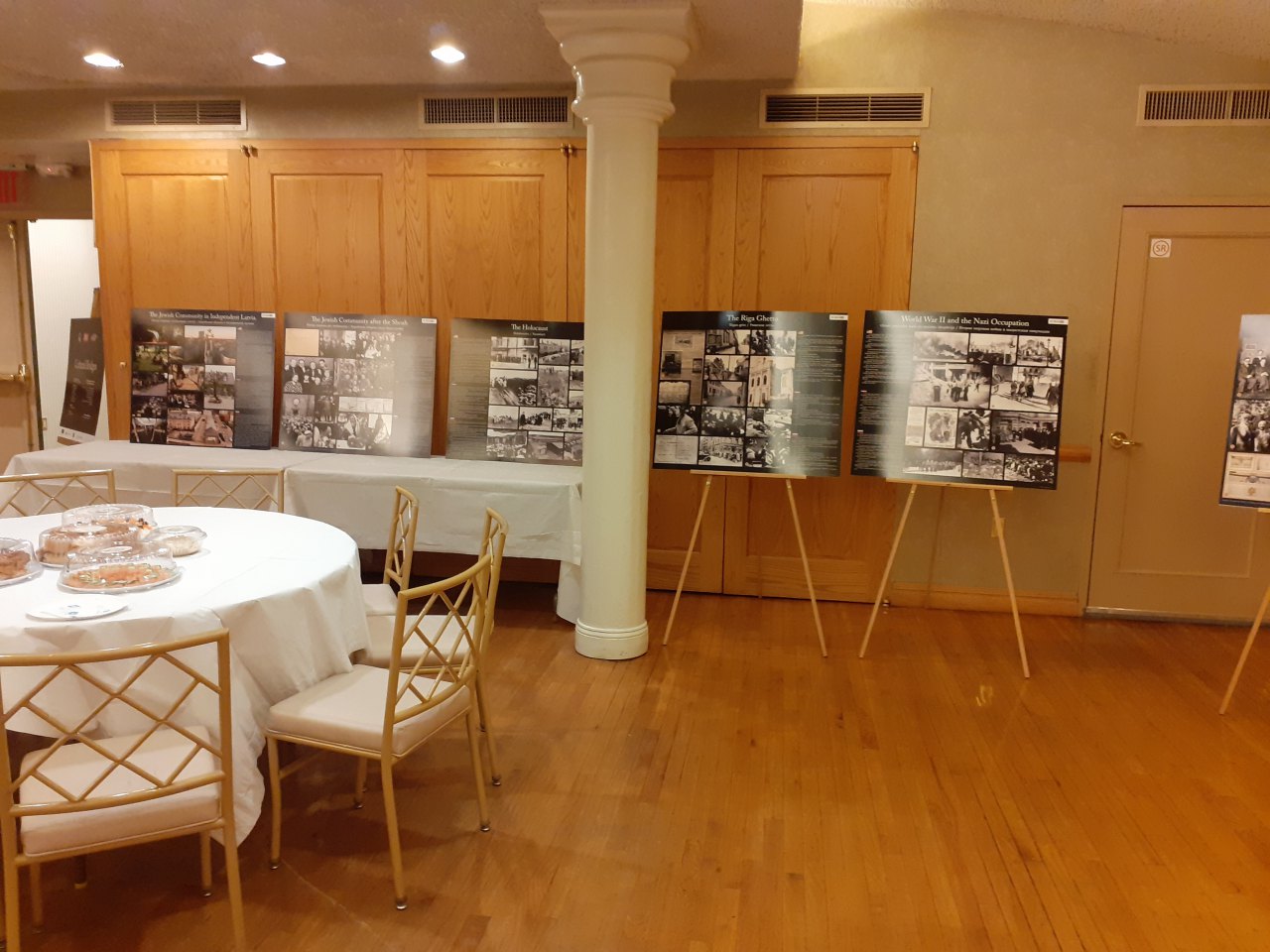 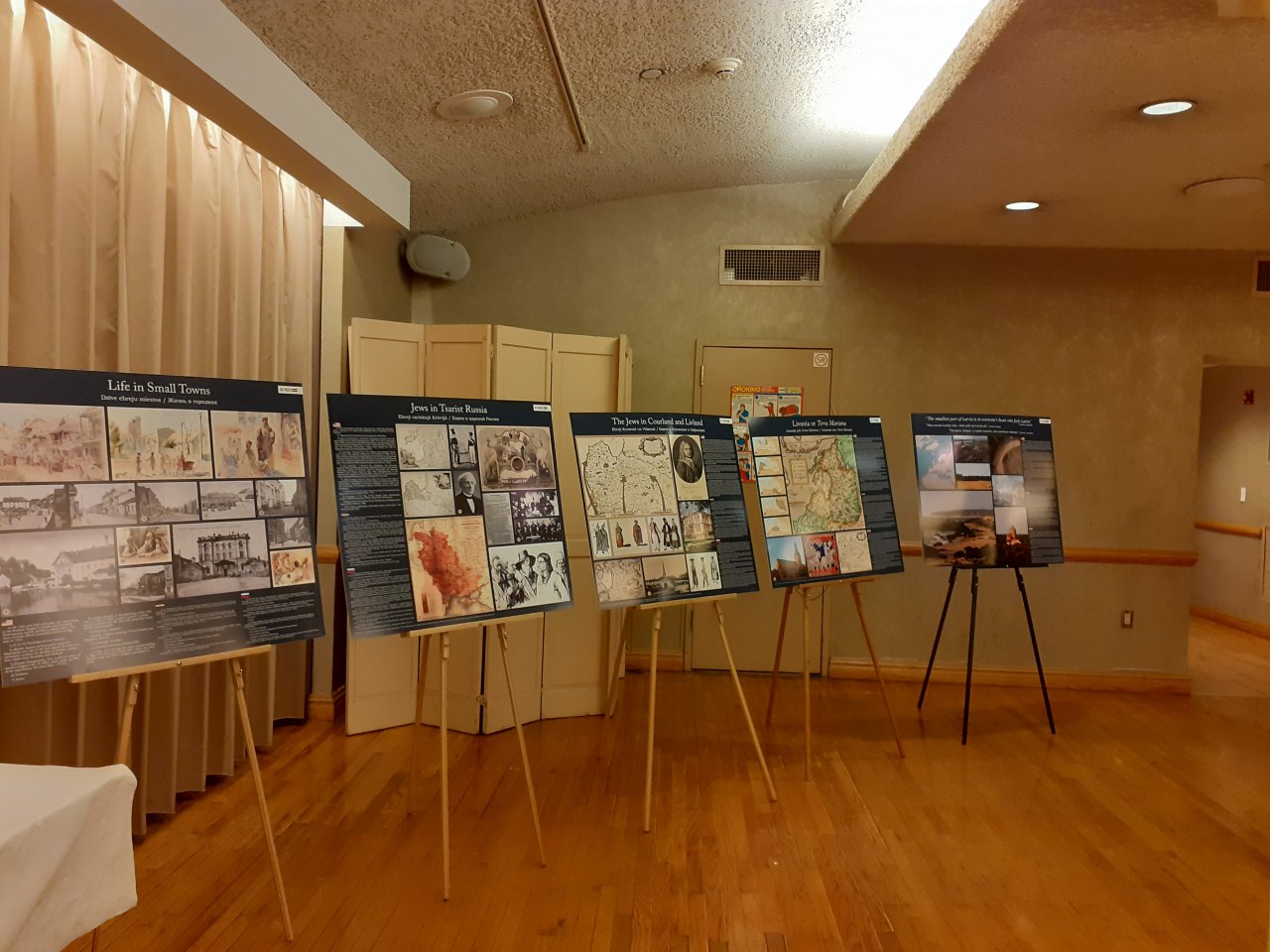 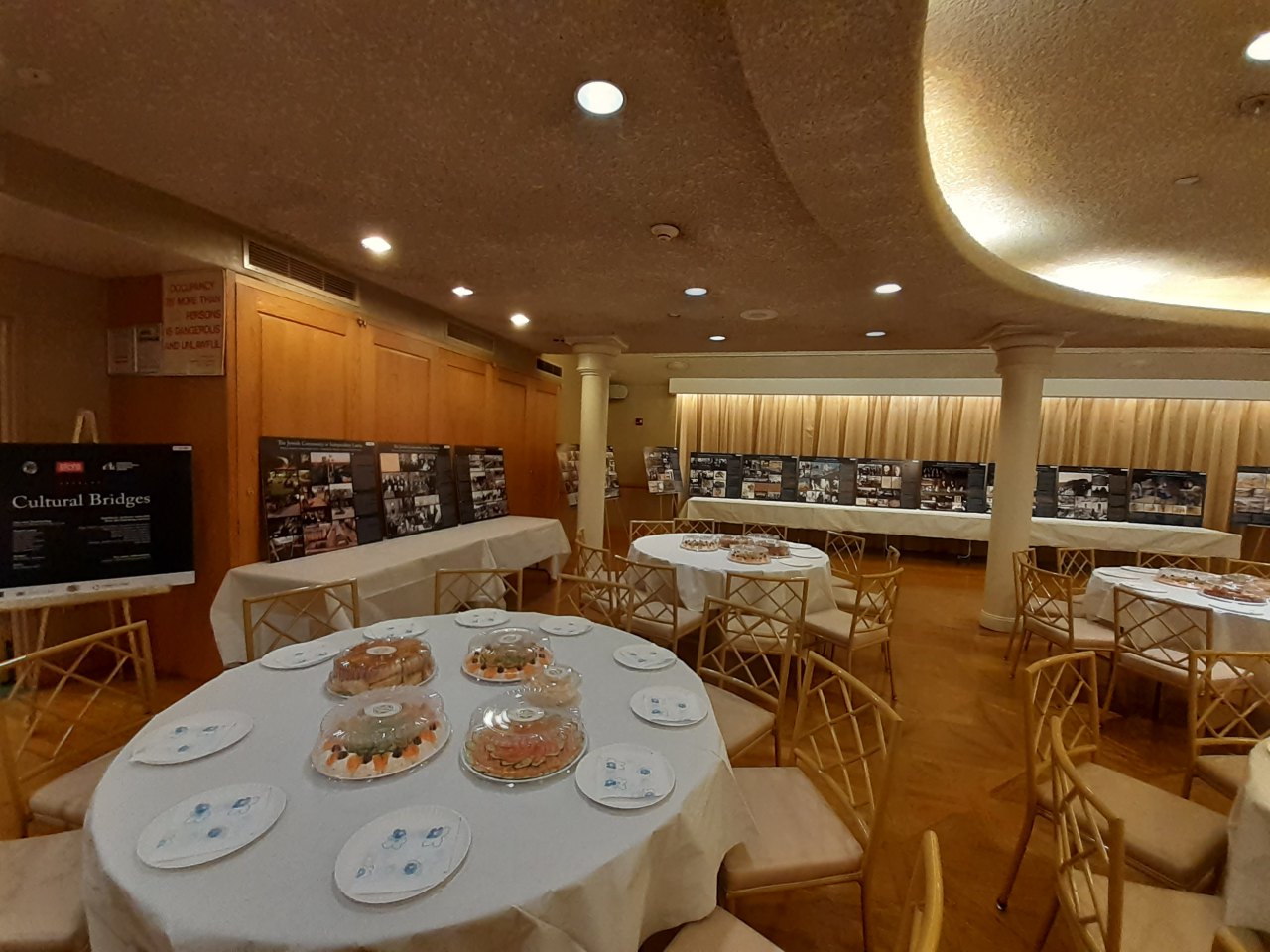 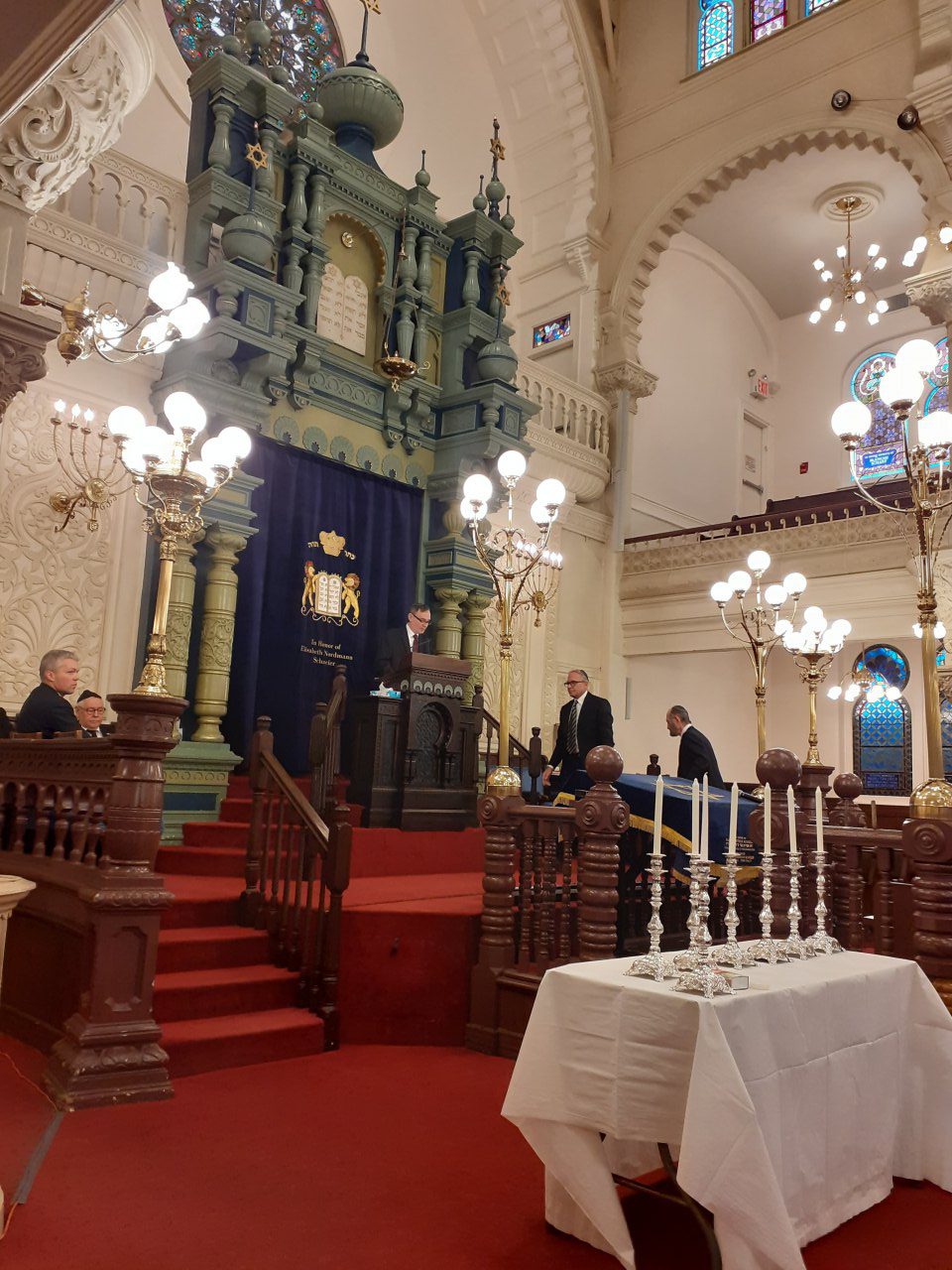