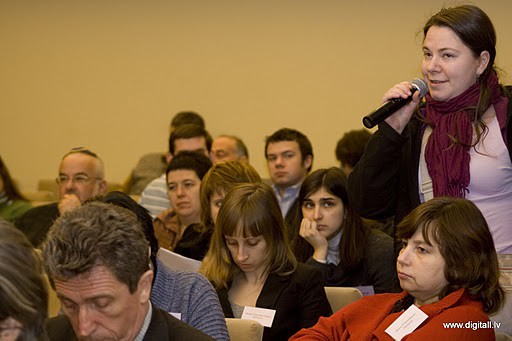 STHH project is the continuation and the result of 10 years of working with educational programs for schoolars and educators, relying on the history of the Holocaust. This time project is aimed to give a deeper knowledge for social sciences teachers from Latvia, Lithuania, Belorus about the history of Holocaust and genoside against Jews and Roma during the WWII, both with the importance of tolerance in modern world, rely on the relationship Nazis-Jews during the same period. This important specifical part of Latvian, European and World’s history does not reveal within the curriculum of 4 hours per all of the high school history course.

• to prepare 4 3-days seminares „School of tolerance and history of Holocaust” per years for social sciences teachers from Latvia, Lithuania, Belorus with the involvement of major specialist lectors from Israel and European Union

• to continue reaching the streets of Latvian cities to ensure the awareness and concern of past events amongst most broaden audience by placing the identical memorial plaques “June/July 1941. To those who never came back” on the houses of victims in Riga, Jurmala and Latgale region

• to organize IV International Conference for Holocaust museums and memorial places in post-communist countries. It will also gather professionals and politicians who will raise questions of genocide of dismissed Jews in Latvia to the level of academic debates.

The project «School of Tolerance and History of Holocaust» was funded with the support of the European Union under the Programme “Europe for Citizens”.