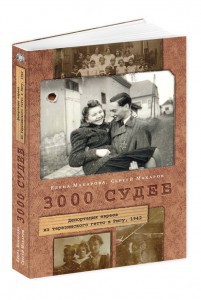 This book is dedicated to a tragic event of the Second World War, the deportation of three thousand Jewish prisoners from the Terezin ghetto to Riga in January and August 1942. It is based on archival documents and the accounts of eyewitnesses, survivors of the Terezin and Riga ghettos, of the concentration camps Salaspils, Kaiserwald, Stutthof, Buchenwald, Dachau, and of the death marches. Augmented by numerouse photographs and documents, it gives a three-dimensional picture of Jewish life in Nazi-occupied Czechoslovakia and illustrates human confrontation of the machine of destruction. 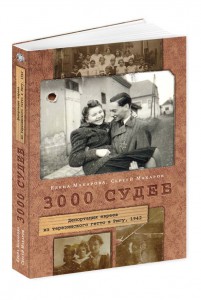 What is the tragedy of many? This is a tragedy of numbers. Can figures form the basis of tragedy? Are we able to feel a sense of tragedy when we see, in a photograph or film, many people unknown to us standing naked on the edge of the pit and dropping down into it under gunfire? This sight evokes shock, but not a sense of tragedy. We cannot empathize with a single person in a croved of people being destroyed.

Now imagine that from this crovvd a person is looking at us and we see his face. Who is he, we ask ourselves. How can we roll back the tape of his fate? In the course of this study, the horror of the dead numbers turns into a story about the life of a living person; the story of multitudes turns to multitudinous stories.

We have vvorked in this way. In the four-volume Fortress over theAbyss,1 hun-dreds of prisoners of the concentration camp/ghetto Theresienstadt are shovvn, including their characters, their interests and human vveakness. The heroes of these books are adults and children, Zionists and Czech patriots, artists, musicians. vvriters and philosophers – and just unremarkable “ordinary” people. Ali of them are rovving against the current to survive, vvhile it inexorably carries them to death.

The solid moral foundations that helped their people survive for more than a millennium served as oars for the Terezin inmates. Therefore, from the outset, with Hitler’s rise to povver in 1933, vvhen these foundations were undermined by Nazism, and until the end – until physical death – the Terezin Jews vvere able to maintain their dignity and even their Creative energy, creating, in hunger and cold, dravvings and theater productions, releasing underground magazines, performing the Verdi Requiem.

In the Riga ghetto, Salaspils and Kaiservvald, Nazism did not wear the mask of “sanatorium for deserving Jews,” as it had in Terezin. Here sadism and murderous “actions” vvere direct and brutal acts of everyday life.

Also culture in the sense of Theresienstadt vvas absent. Nor vvere there inmates’ diaries, reports by the Jevvish authorities or even any Nazi propaganda films, vvhich memorialized personai images, even though this vvas not their purpose. Therefore, in the case of the people deported to Riga our task vvas much more difficult.

Suddenly we obtained help from the Czech police and the Interior Ministr)’. As it turned out, completed forms for domestic or foreign passports for emigra-tion from the Protectorate of Bohemia and Moravia (a puppet State invented by Hitler) and other documents have been preserved. Many of them had photo-graphs. Thus some people’s stories acquired faces.

Other sources also came to our aid: historians’ books, intervievvs and mem-oirs of survivors, and most importantly – a documentary by Lukaš Pr ibyl, Forgot-ten Transports, in which one of the four parts is devoted to the history of Riga transports.

We have read and translated ali the documents that we were able to get in different archives. Nevertheless, it was not enough to recreate the appearance of every individual from the list of 3000. So far we represent those of whom we managed to collect the most complete information.

The reader of the book and visitor of the exhibition “3000 Fates” may be surprised that a man with an honest and open face is involved in a vvhole bunch of crimes that are given in the police reports and denunciations of the “vigilant dtizens.” None of them was a ground for deprivation of life. In a distorting mirror of the then “justice,” even a Star of Dāvid not sewn to one’s outervvear according to the rules, served as a pretext for arrest.

This work does not pretend to be scientific research. We just tried to recreate the general picture and against its background place individuāls who by an evil fate were put on the terrible lists.