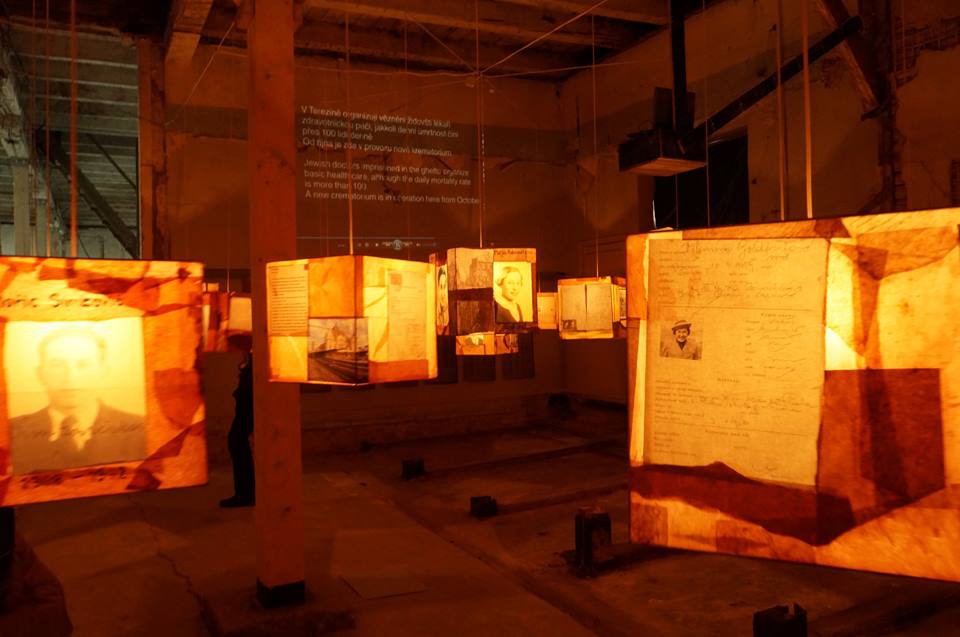 The opening of Wall of memory of Western Jews deported to Riga during the Holocaust and the exhibition “3000 fates” of deported Jews from the Theresienstadt to Riga ghetto in 1942, took place on the May 8th, 2014 at the Museum of the Riga Ghetto and the Holocaust (Riga, str. Maskavas 14a). This event has been attended by diplomats and high-rank officials, deputies and representatives of the Latvian public, as well as by Speaker of the Seima Latvia Solvita Aboltinja, Minister of Culture  Dace Melbarde, Archbishop Janis Vanags. The chairman of the Rabbinical Council of Europe Pinchas Goldschmidt has also visited and other guests from European countries.

Unique work was carried out – collected photographs from archives and private collections that tell one of the pages of the terrible tragedy of European Jewry. During World War II about 25,000 Jews from Germany, Austria, Czech Republic and Hungary were deported to Riga to kill. Among them 3,000 people from Terezin. The exhibition presents more than 100 unique “light – fates” of Jews from Terezin, performed by the author of the project Elena Makarova and designer Maria Makarova. There are also available to see the pictures and the documents of these people.

The book with the same title “3000 fates” is devoted to this theme and is dedicated to the exhibition. Its authors, Elena Makarova and Sergei Makarov, took as a basis the documents and testimonies of the witnesses who survived Terezin and Riga ghetto and the concentration camps Salaspils, Kaiserwald, Stutthof, Buchenwald, Dachau, and death marches. “The tragedy of many or many tragedies… What is the tragedy of many? This is a tragedy of digits. Can digits be a basis of the tragedy? Are we able to feel the tragic sense when we see a photograph or a film with many unknown and naked people on the edge of the pit and dropped down by the shorts? This shocks us, but we don’t feel a sense of tragedy. We cannot empathize with a single person when many people are killed. But now imagine that from this crowd one man is looking at us, we see his face. “Who is he? – we ask ourselves. – How to playback the tape of his fate?” In the course of this research horror of dead digits turns into a story about the life of real person, the story of many – into many stories…

The project was supported by The International Holocaust Remembrance Alliance (IHRA)