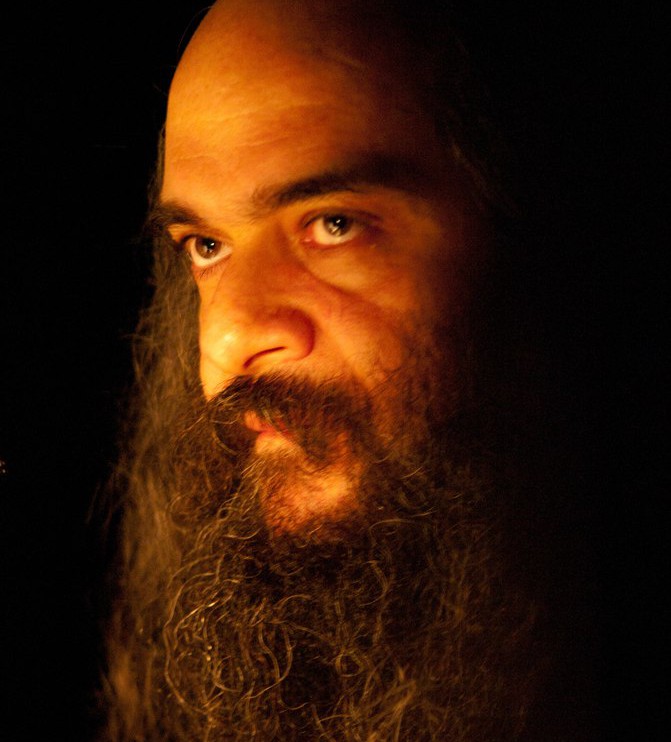 First time in the town! Concert of Psoy Korolenko on September 02, 2012 in the “Artelis” theater, Blaumana 32. Tickets – www.bilesuserviss.lv. Psoy Korolenko, Russian/Jewish multilingual poet-singer, known as a ‘wandering scholar’ and ‘singing professor’. His unique one-man show balances between folk, klezmer, rap, sound poetry and intellectual cabaret/comedy. As a writer and scholar he is known for his interest to otherness, diaspora, territory, minorities, and borderlines.

The Jewish experience is to him not only a personal story, but also a metaphor of transcultural identity and ultimate otherness. He sings in English, Russian, French, and Yiddish. Two of his eight CDs are recontextualizing klezmer – ‘Un Vo Iz Der Onheyb Fun Foterland’ (Soviet Pop Classics in Yiddish translations and Klezmer arrangements, with All Stars Klezmer Band, Russia -Urkaine – Germany, 2006) and ‘The Unternationale’ (with Daniel Kahn, US/Germany and Oy Division, Israel, 2008). Recently, he is working with Alena Arenkova and Yana Ovrutskaya at a new CD of Yiddish songs to Kadia Molodovsky’s poems. He was a participant, guest and lecturer at many Klezfests in Russia and took part in the program ‘East Meets West’ at Klezkanada-2006. He participated in the Festival of Jewish Culture in Krakov (2005) presenting a show together with Kharkov Klezmer Band. He often performes all over Russia, as well as in Israel and USA.