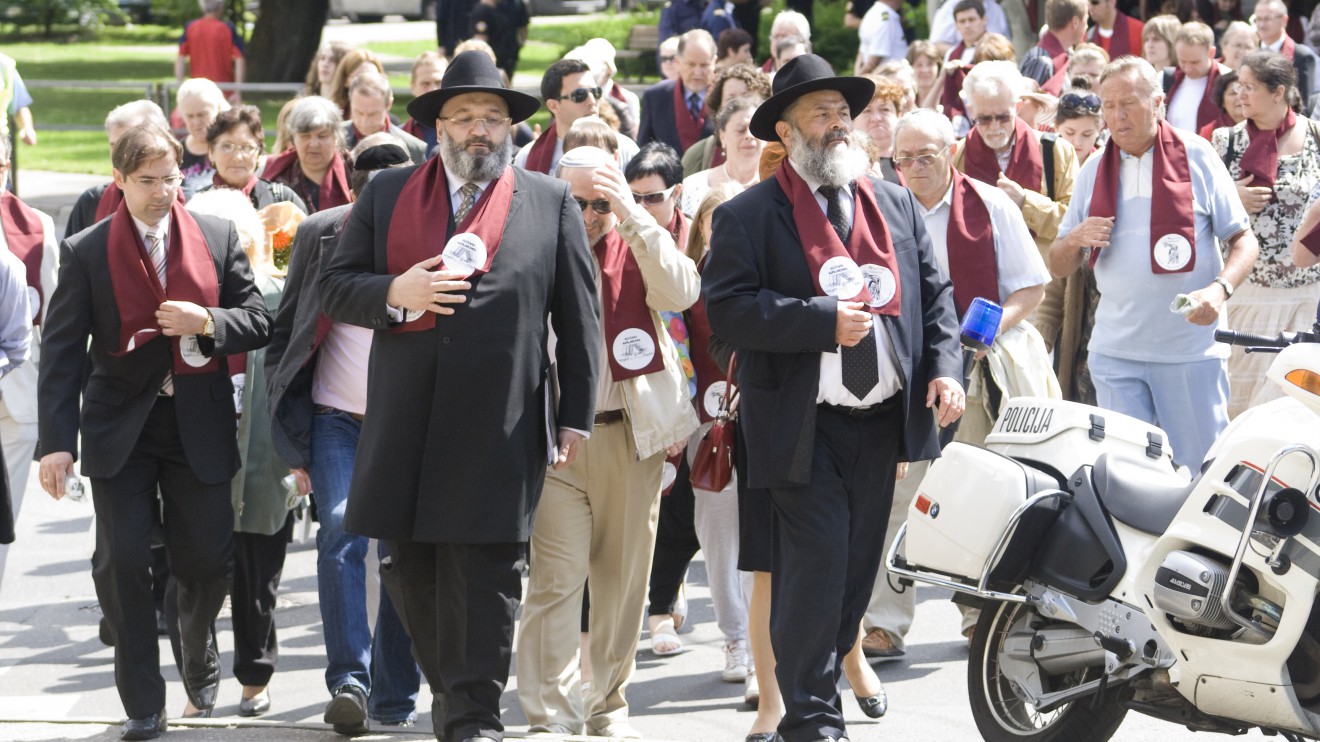 More than 500 people participated in the event: members of Jewish communities of Latvia, representatives of diplomatic corps, delegations from Germany, Israel and USA, “Maccabi” members and inhabitants of Riga. They walked from the Old Jewish cemetery through Riga ghetto area to the Big Choral Synagogue memorial and burnt candles there in memory of killed Jews.