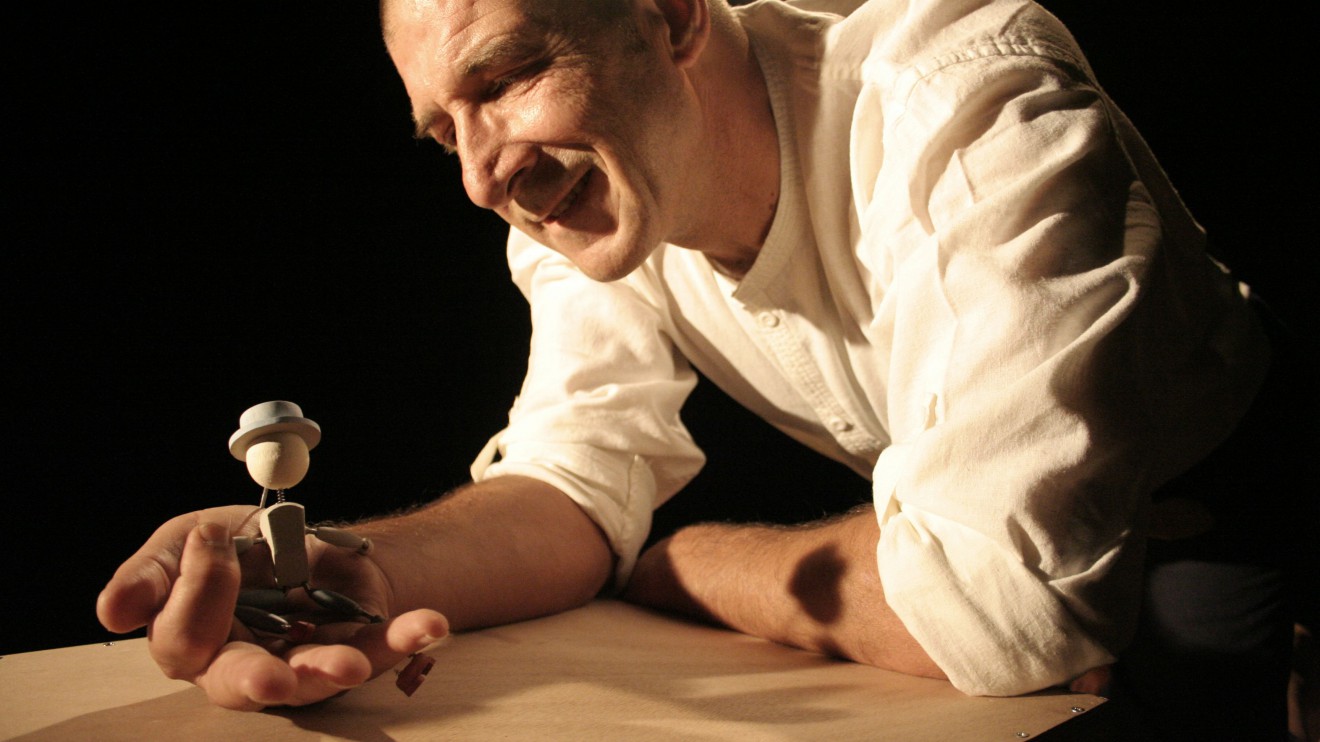 Embassy of Israel in Latvia in collaboration with association “Shamir” and Latvian Puppet Theater are announcing the play of puppet theater “The Train Theater” from Jerusalem, Israel – “Gulliver  – the Journey to Lilliput”. Performance will take place on May 24th, 2011 at 14:00 in Russian and at 18:00 in Latvian in  Puppet Theater Riga, Kr. Barona street 16/18

Advanced ticket sales: theater ticket office and www.bilesuparadize.lv. For groups’ applications, shamir@shamir.lv.
Director: Amit Drori
Writing and adaptation: Shmil Maayan
Acting and objects manipulation: Jack Shvili
Original music: Gai Sherf
Light design: Keren Dembinsky
Direction assistant: Meital Raz
Video: Yonathan Zur
Running time: 50 min.
Auditory: the whole family from age 4.
The adaptation of Jonathan Swift’s classic novel, theater play “Gulliver – the Journey to Lilliput” motivates to explore the limits of the game. The story is told by one actor. The scene is arranged as a playground for Gulliver to install and place tale views, characters and situations while he tells a story of his journey.
Gulliver invites children to join his journey. It begins with innocent cubes game; the power of imagination transfers the installation into the landscape. The game puzzles as Gulliver becomes imprisoned by Lilliputians, wooden men living in the wooden land. Does Gulliver rule his world of honor and dignity? He seeks for the answers to these complicated questions together with children, his journey companions. The game reaches its peak when the war begins: Lilliputians fight for the right to break an egg at its particular edge. Swift’s political satire adds another dimension to the consideration of choice and destiny.
Dialogue between the classic story and its modern adaptation is stimulated by the visual approach of the play. The scene is arranged as a playground in its bright arty mess. It is almost empty in the beginning; the contents of the lockers come out as the play continues. Small mechanic playthings form the appearance of the zoo, the music ensemble, the street party.
Lilliputian moon accompanies the journey; it enlarges petty details. The moon appears as a mirror and a magic glass that can make Lilliputians either huge or tiny.
The Train Theater performs its recognized plays in Israel and abroad. It participates in many local and international festivals and has won much acclaim. The most important of these is the World-Wide Festival of Puppet Theatres of Charlesville-Mezzier, France.